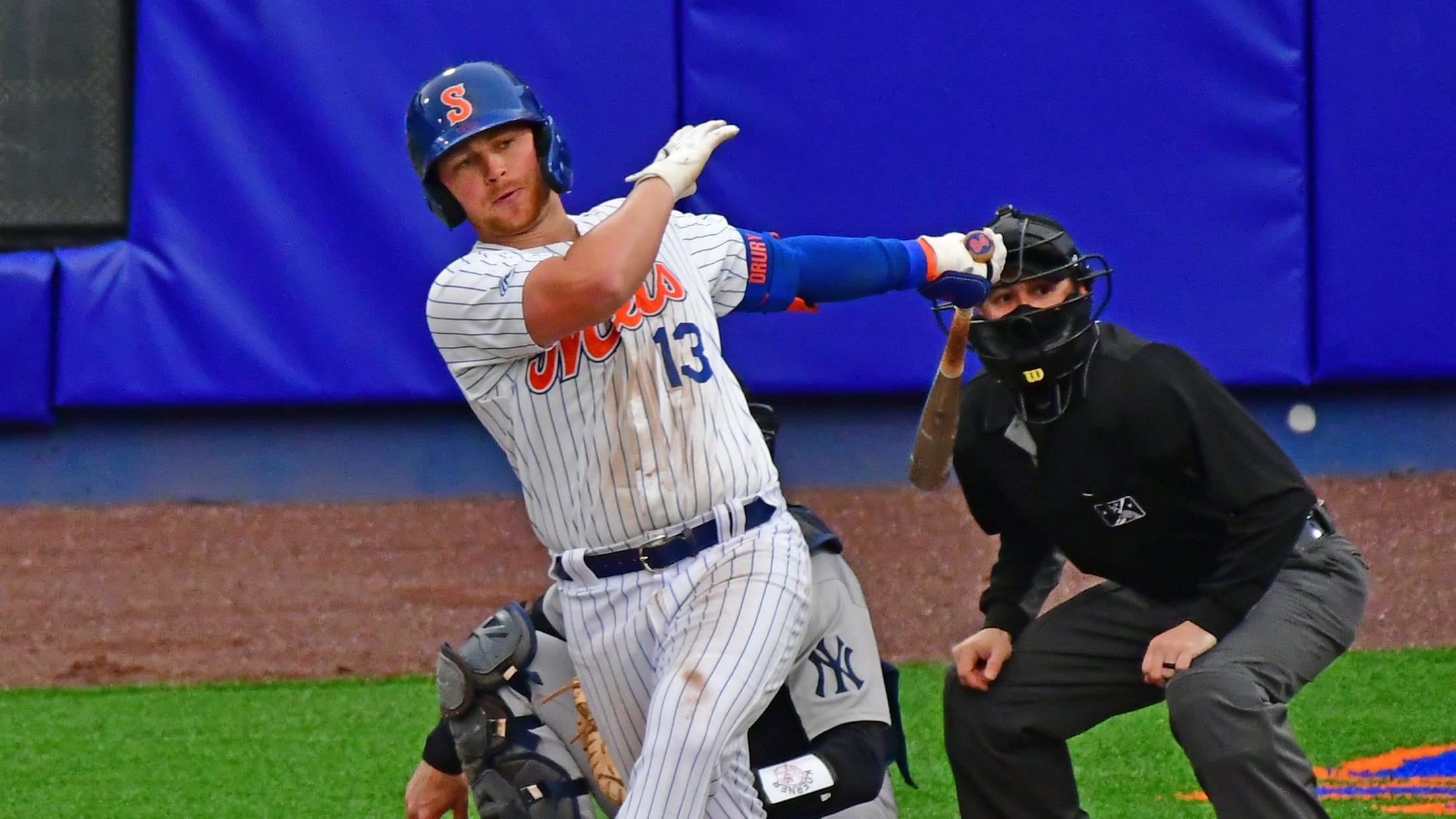 The Syracuse Mets offense went cold in a 4-2 loss to the Scranton/Wilkes-Barre RailRiders on Saturday evening at NBT Bank Stadium.

Scranton/Wilkes-Barre (4-1) scored on the first pitch of the game. Luke Voit led off the game with a home run to left-center field for a 1-0 RailRiders lead. Later in the inning, with the bases loaded and one out, Kyle Holder worked a walk to bring home another run and make it a 2-0 game.

Syracuse (1-4) got its first run in the bottom of the second inning. Brandon Drury led off with a long homer over the left-center-field wall for his first home run of the season, cutting the Scranton/Wilkes-Barre lead to one, 2-1.

The RailRiders extended their advantage in the fourth. Derek Dietrich led off the frame with a home run, giving Scranton/Wilkes-Barre a 3-1 edge.

The score remained 3-1 until the ninth. In the top of the ninth, Trey Amburgey notched a pinch-hit RBI single to give the RailRiders an insurance run for a 4-1 lead.

Syracuse brought the tying run to the plate in the bottom of the ninth. With one out, Khalil Lee doubled. Deivy Grullon then singled and was pinch-ran for by Mason Williams. A Quinn Brodey groundout scored Lee from third base and moved Williams to second as the Mets made it a 4-2 ballgame. Martin Cervenka came to the plate representing the tying run, but he struck out to end the game.

The Mets and RailRiders conclude their six-game series on Sunday afternoon. Right-hander Jerad Eickhoff is set to take the mound for Syracuse while left-hander Mike Montgomery will pitch for Scranton/Wilkes-Barre. First pitch is scheduled for 1:05 p.m.

8 mins ago
Earlier this spring it was reported that several churches in the Auburn area would be closed. At this point, the ... MORE

14 mins ago
Police in Auburn are boosting patrols around local schools after receiving reports of men approaching elementary school children. Families with ... MORE

20 mins ago
Earlier this week the NewYork-Presbyterian hospital network announced that it would mandate the COVID-19 vaccine for its 48,000 workers across ... MORE

29 mins ago
On Tuesday Geneva City Council met for the first time since its June 7 work session that ended abruptly in ... MORE