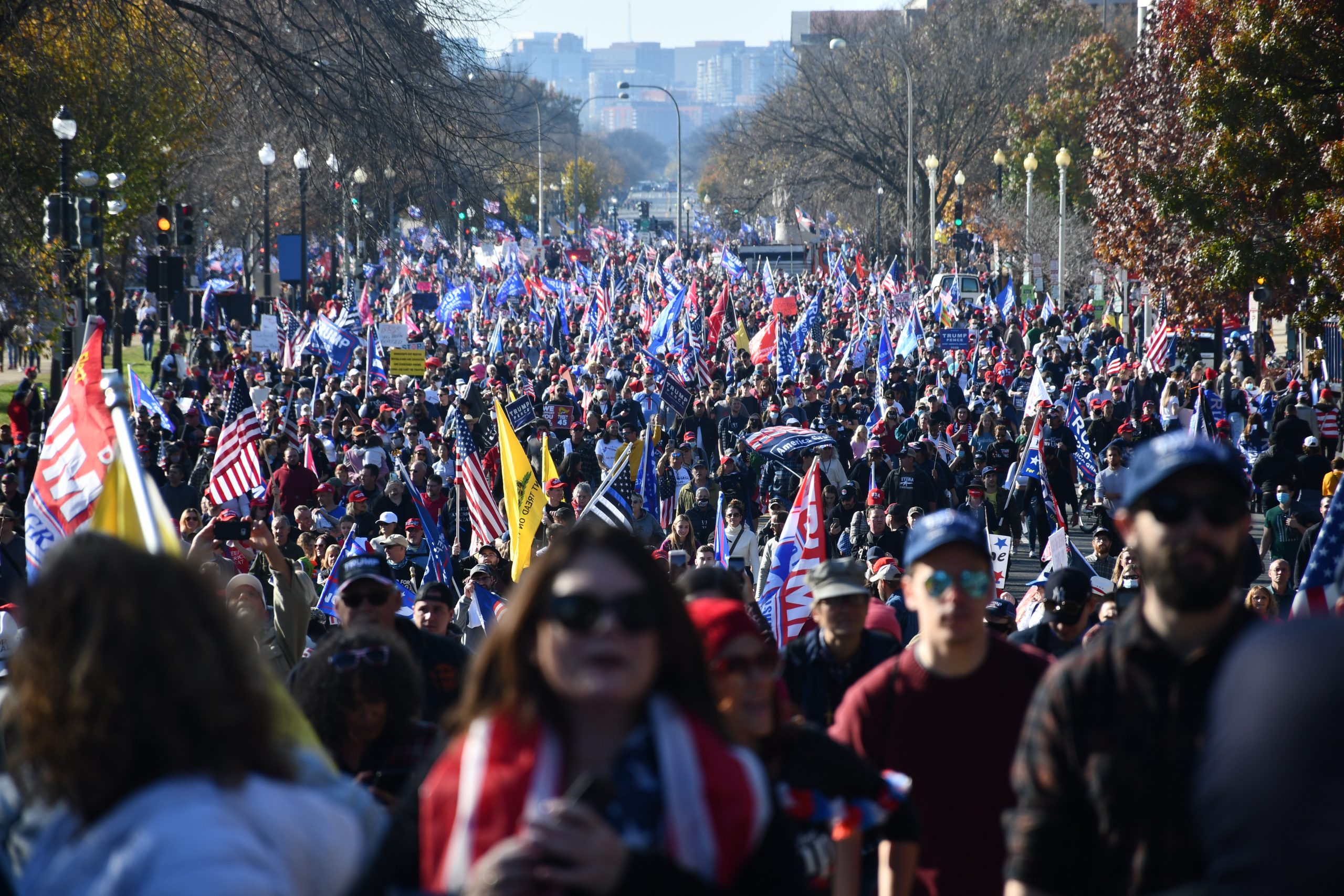 Just one week after President-elect Joe Biden and Vice President-elect Kamala Harris were announced as the projected winners of the 2020 presidential election, thousands of demonstrators took to the streets of Washington,…

This week FingerLakes1.com National News Correspondent Gabriel Pietrorazio has joined Ute Ritz-Deutch, who hosts the Human Rights and Social Justice Program on WRFI amid their annual fundraising week for the community radio… 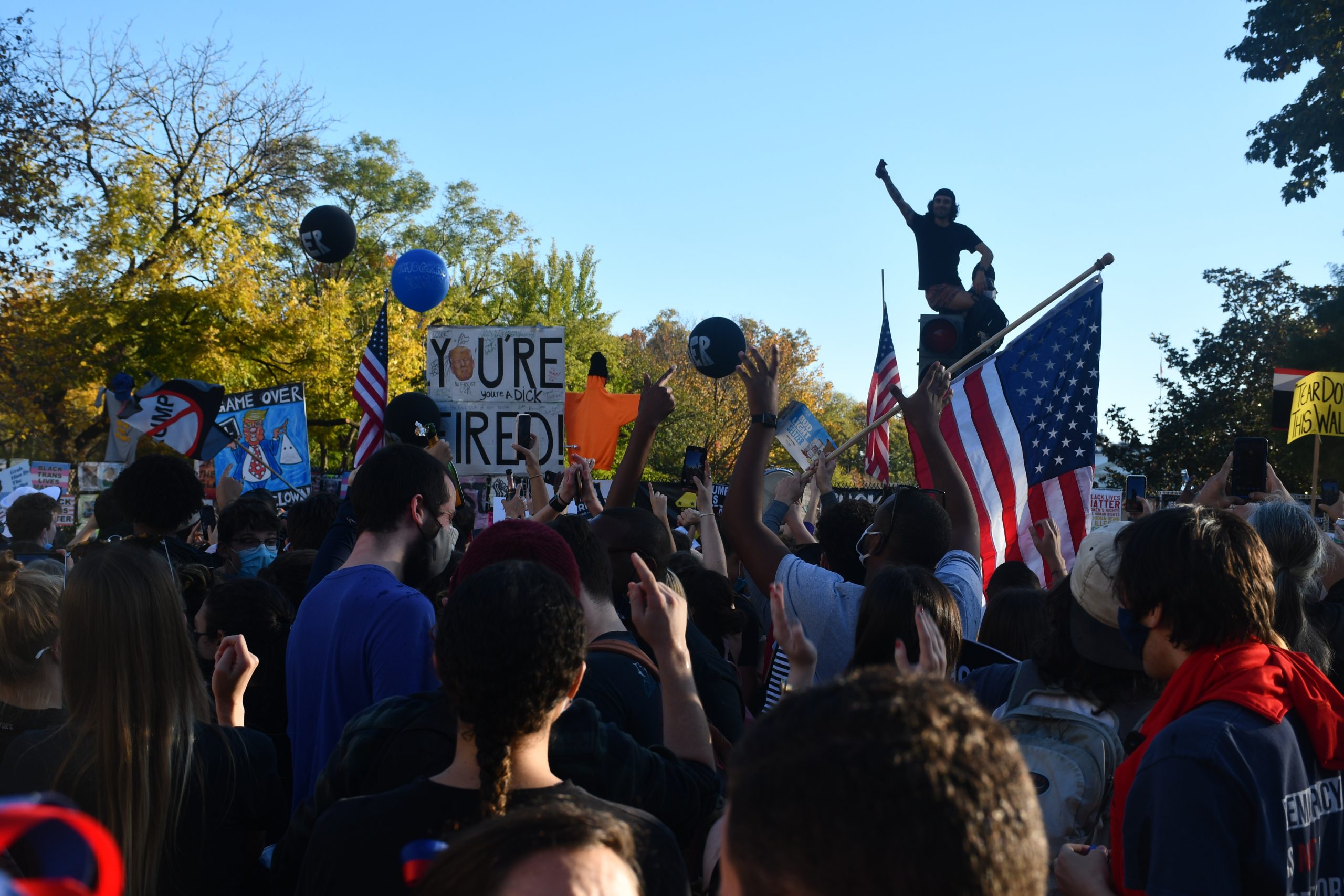 Nearly 96-hours after Election Day, the status of the presidential election results is no longer in limbo. Now, it’s time for a celebration and healing that has captured the attention of the…

“People say what has changed. What’s changed is that we have time to run a full campaign. I didn’t have time in 2018. The general election did not start for Democrats until late August, early September. You can’t beat an entrenched incumbent in a challenging district in that time frame,” Mitrano exclusively told FingerLakes1.com as part of the Race for Congress: 2020 campaign series.

Dana Balter, the Democratic Party challenger for NY-24 believes that “the stakes get higher with every passing week” as this year’s Election Day keeps creaking closer.  In her 2018 rematch against Rep. John Katko [R-NY], she is confident that voter turnout won’t be suppressed in the district because of the pandemic.  “Our sense of the mood on the ground is that there’s a huge amount of enthusiasm for this election,” Balter exclusively told FingerLakes1.com as a part of the Race for Congress: 2020 candidate series.  Balter believes that she’s “expecting to see record numbers in our district this fall” and feels that despite “a lot of confusion,” the electoral process will stay intact, saying Governor Andrew Cuomo’s executive orders enhanced the ability for New Yorkers to vote in 2020. 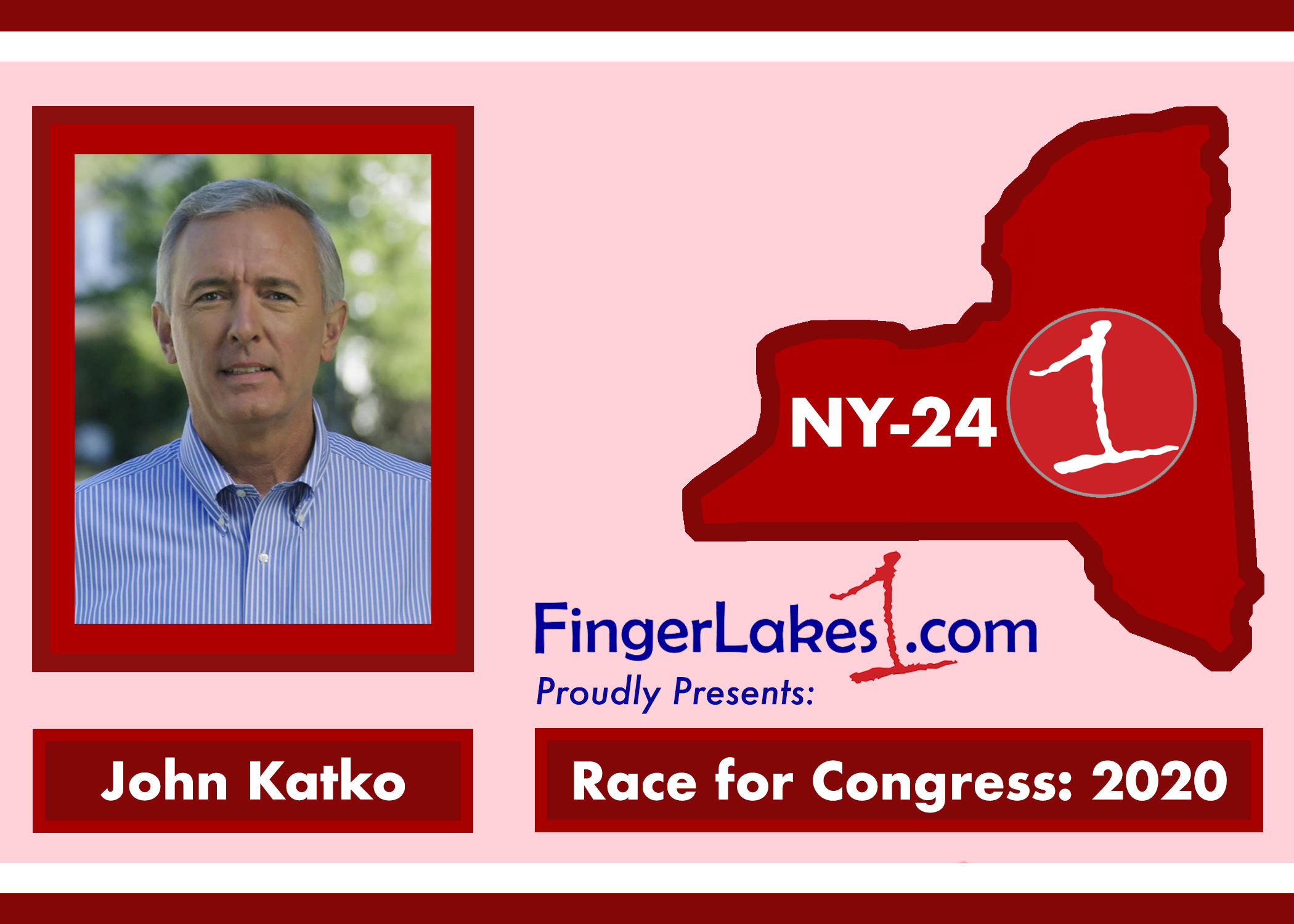 Rep. John Katko [NY-24] is locked in a contentious race by seeking reelection to Congress for a fourth term in a rematch against Dana Balter, a Democratic challenger who vied for the coveted congressional seat and lost in 2018.  Since then, Katko has run solely on his record and that’s what he wants his constituents to see when casting their ballots ahead of this Election Day. “I want to be judged on what I’ve done and not all this outside nonsense, and quite frankly, I’ve solidified myself as one of the most bipartisan members in all of Congress and I’m really proud of that,” Katko exclusively told FingerLakes1.com as a part of the Race for Congress: 2020 candidate series.

This week FingerLakes1.com National News Correspondent Gabriel Pietrorazio has joined Ute Ritz-Deutch, who hosts the Human Rights and Social Justice Program on WRFI amid their annual fundraising week for the community radio… 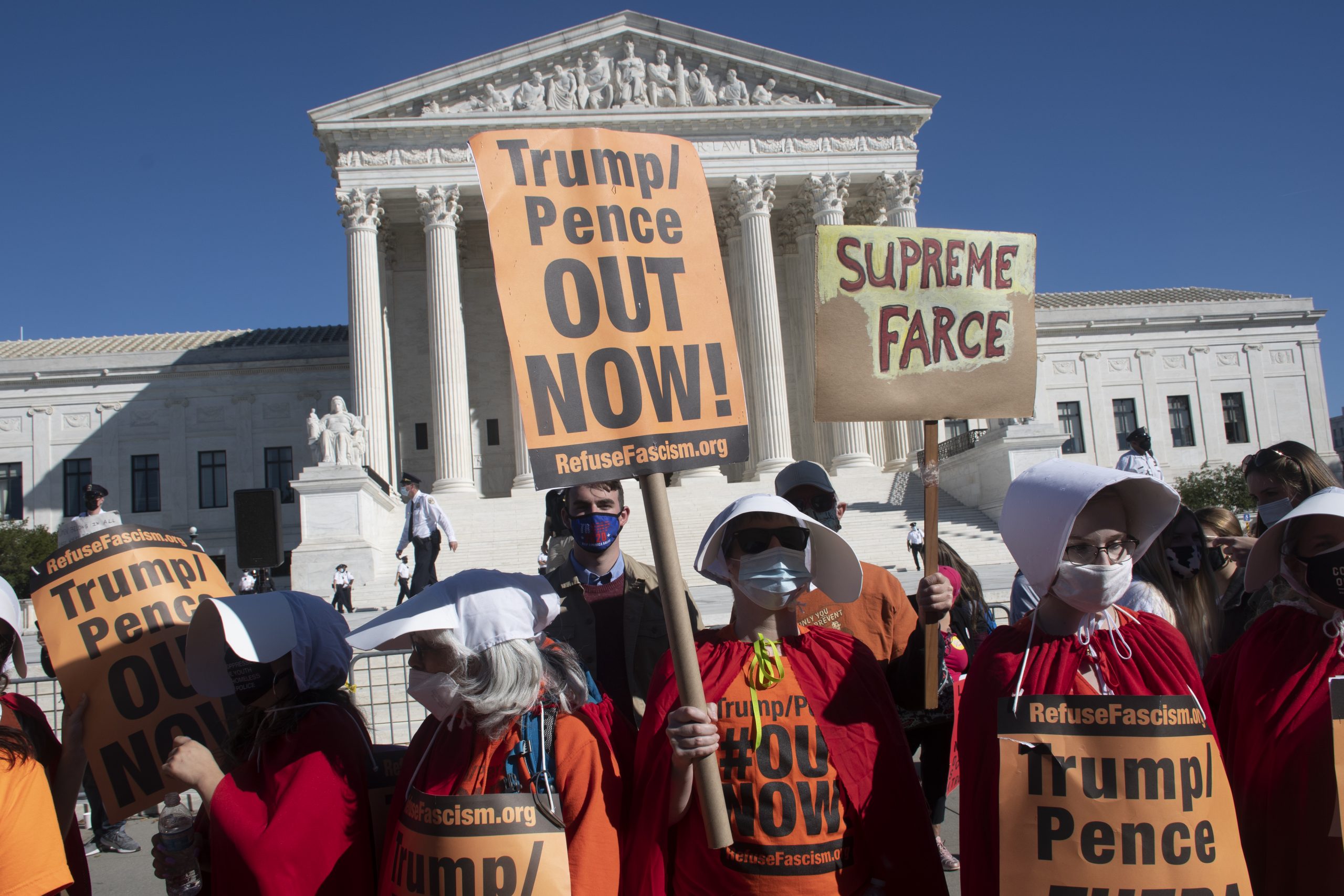 Thousands flock to Women’s March in Washington, D.C. and cities across the U.S.

On Saturday, thousands mobilized across America as a part of the Women’s March movement amid a global pandemic even in the nation’s capital. In 2017, the first Women’s March occurred shortly after the inauguration of President Donald Trump. The Women’s March became a national movement, a tradition that had been kept each year after the initial one. Despite a global pandemic, this year is still no exception. In the nation’s capital, women and men stood side by side, shoulder to shoulder with masks on to prevent the spread of COVID-19. 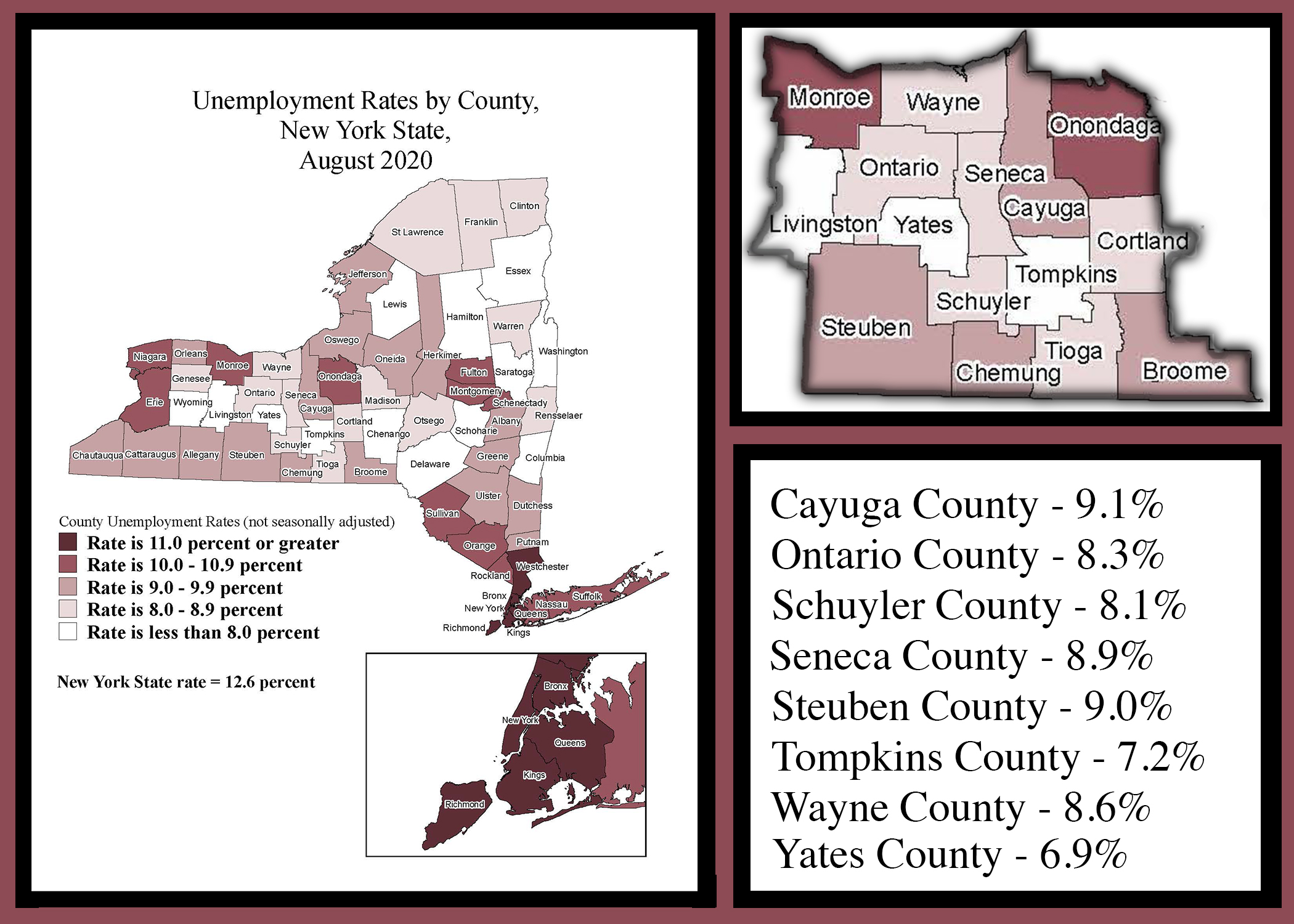 The pandemic has crippled the economy and working eligible labor forces across the nation, especially here in New York, which has accrued a 12.9-percent unemployment rate statewide according to the state’s Department of Labor latest report from August. Bill Corino is just one of thousands of New Yorkers who are unemployed.  Corino had “voluntarily retired” from the Ontario Center for Rehabilitation and Nursing Center in Canandaigua this last April.

Five-hundred twenty-eight years ago Christopher Columbus set foot upon the Americas, and Indigenous peoples are still fighting to protect their ancestral lands and burial sites of significance just like the Seneca Nation… 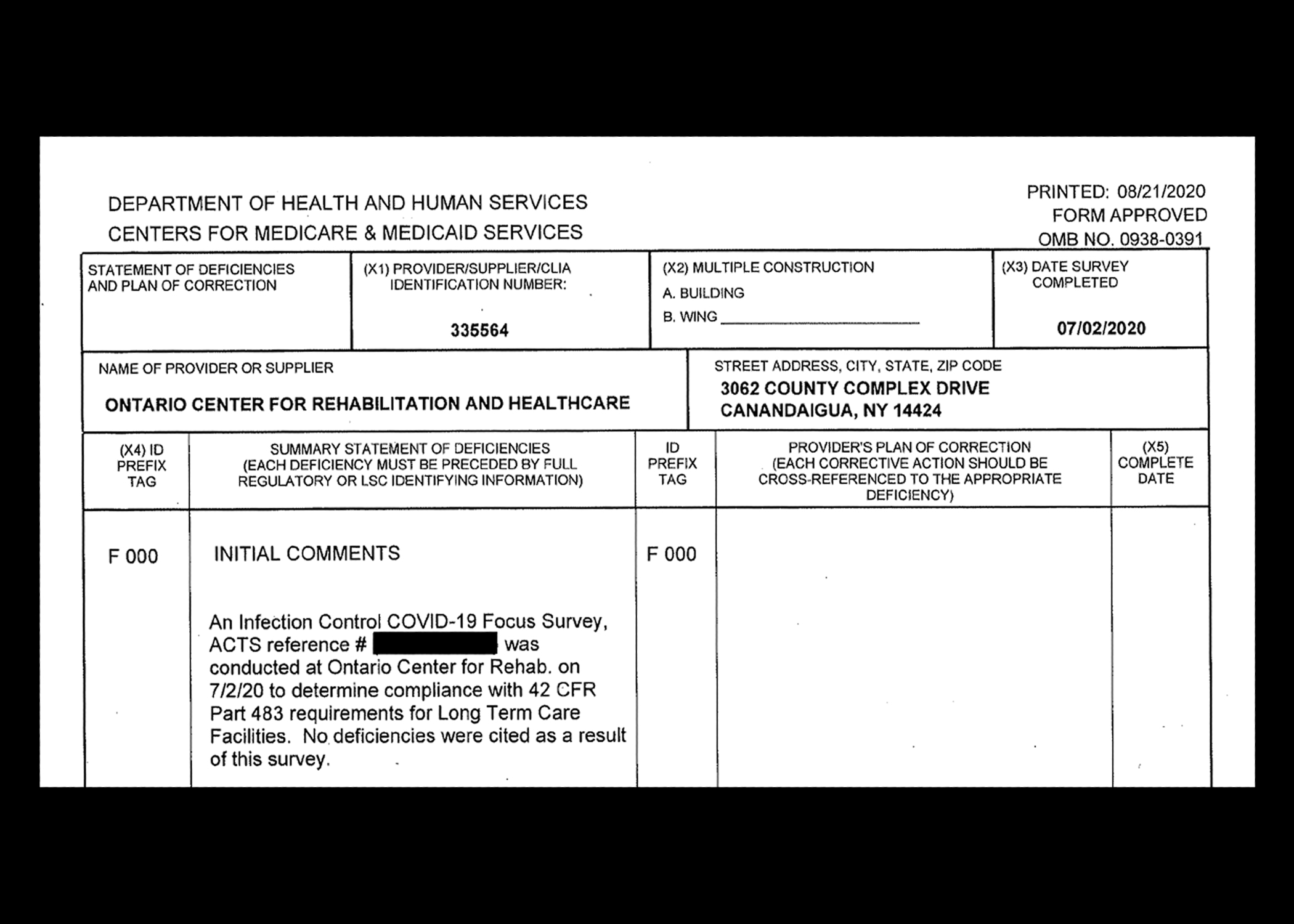 Despite reporting on some vivid horror stories that came out of Canandaigua’s Ontario Center for Rehabilitation and Healthcare over the summer, the New York State Department of Health has confirmed that the… 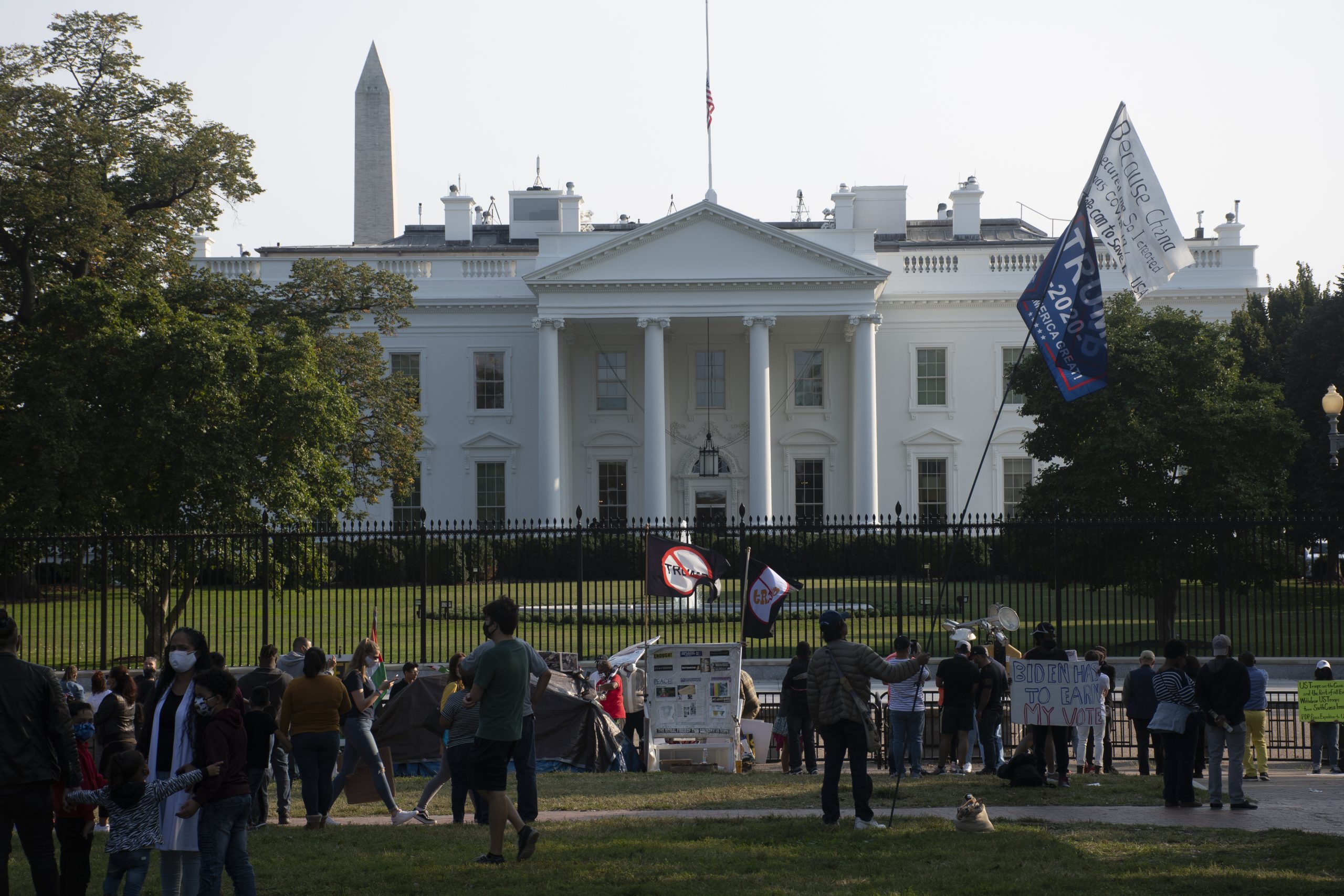 A Tibetan Trump Supporter: Bridging a Language Barrier, Protesting a Pandemic As President Donald Trump drove around alongside the U.S. Secret Service to greet visitors who stood outside of the Walter Reed… 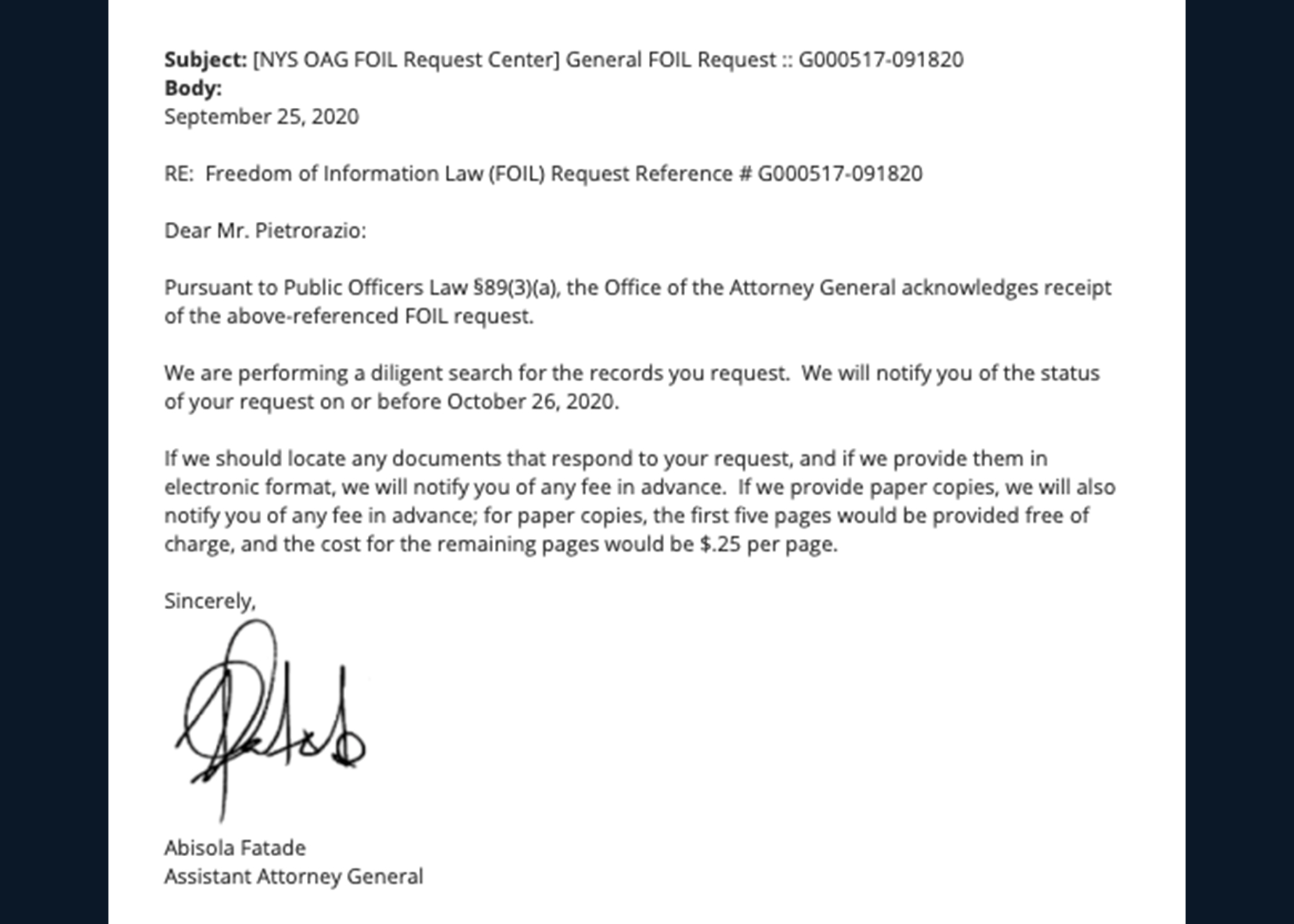 Last Tuesday, Jen Sims received an unexpected call from a familiar voice: Art Vasile, an investigator with the Office of the Attorney General who’s stationed out of the Rochester regional office, or… 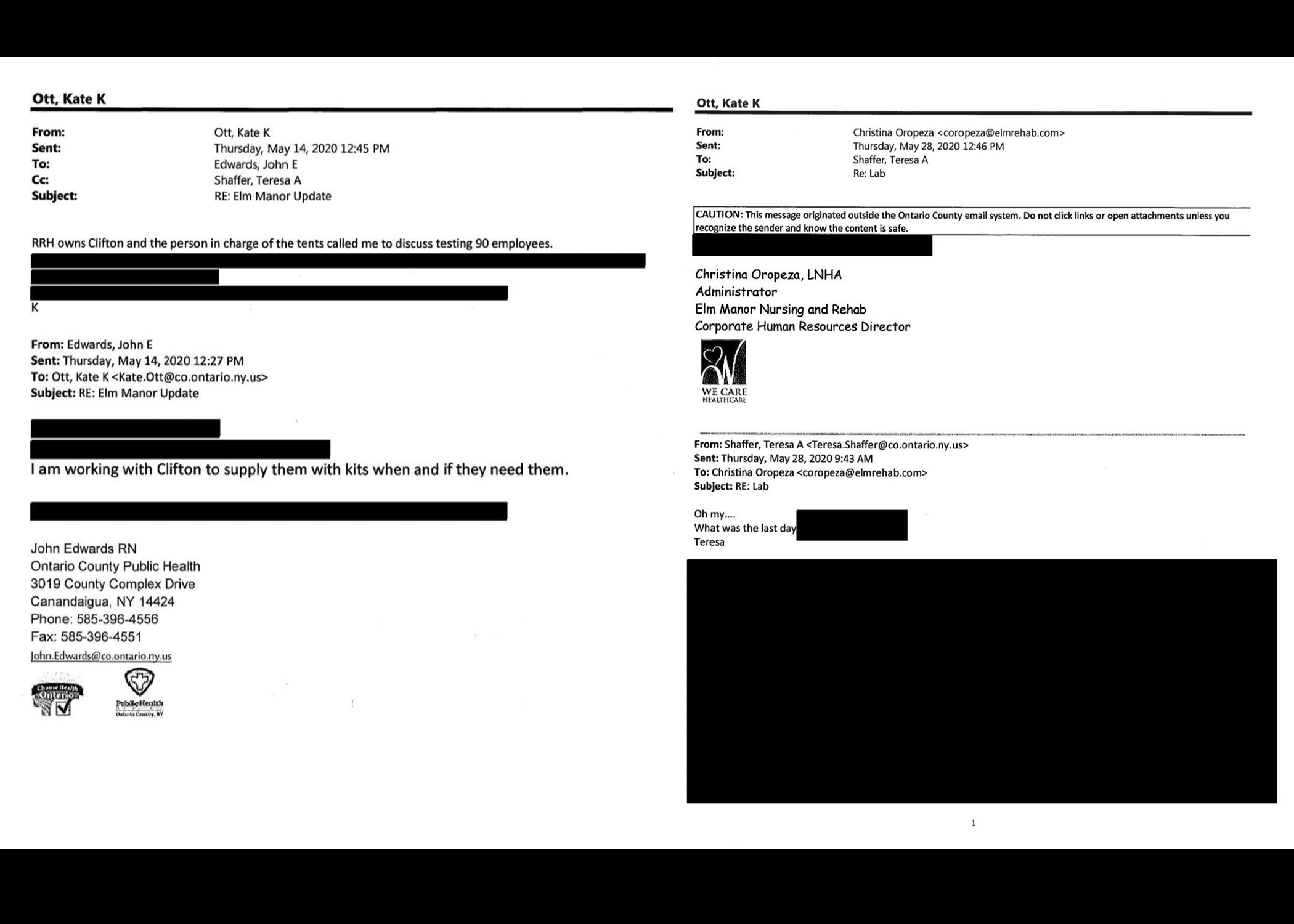 Eighty-seven days have passed, and our Freedom of Information Law request has finally been completed. FingerLakes1.com has received 171-pages worth of emails from the servers of the Ontario County Public Health office… 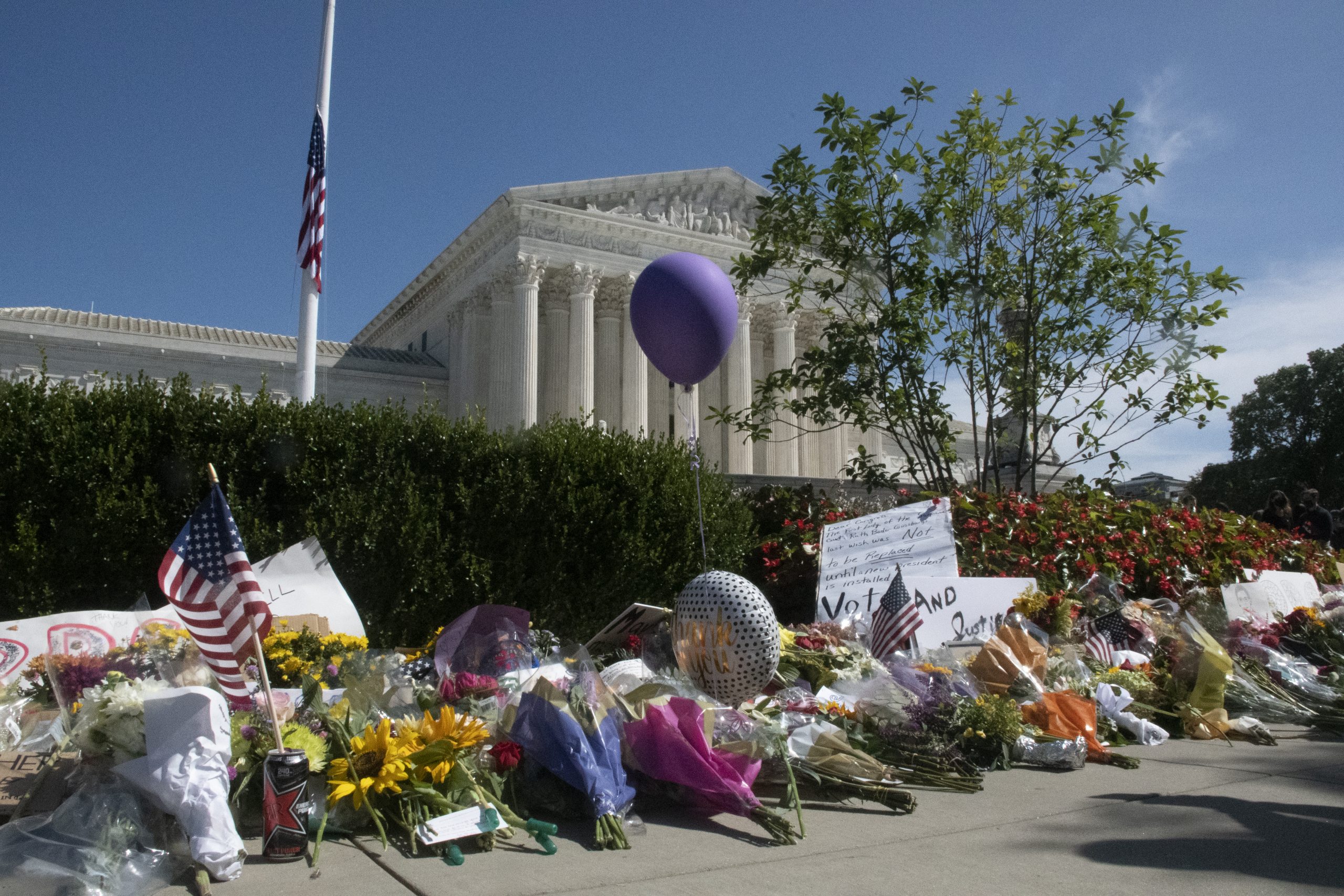 The nation is still mourning after the ate Justice Ruth Bader Ginsburg passed away late Friday evening on September 18. The first-ever Jewish woman to ever serve on the highest court in the land, the Supreme Court of the United States, had succumbed to her longstanding battle with cancer, but her life and legacy has not been extinguished like the flickering flames from a simple candle. 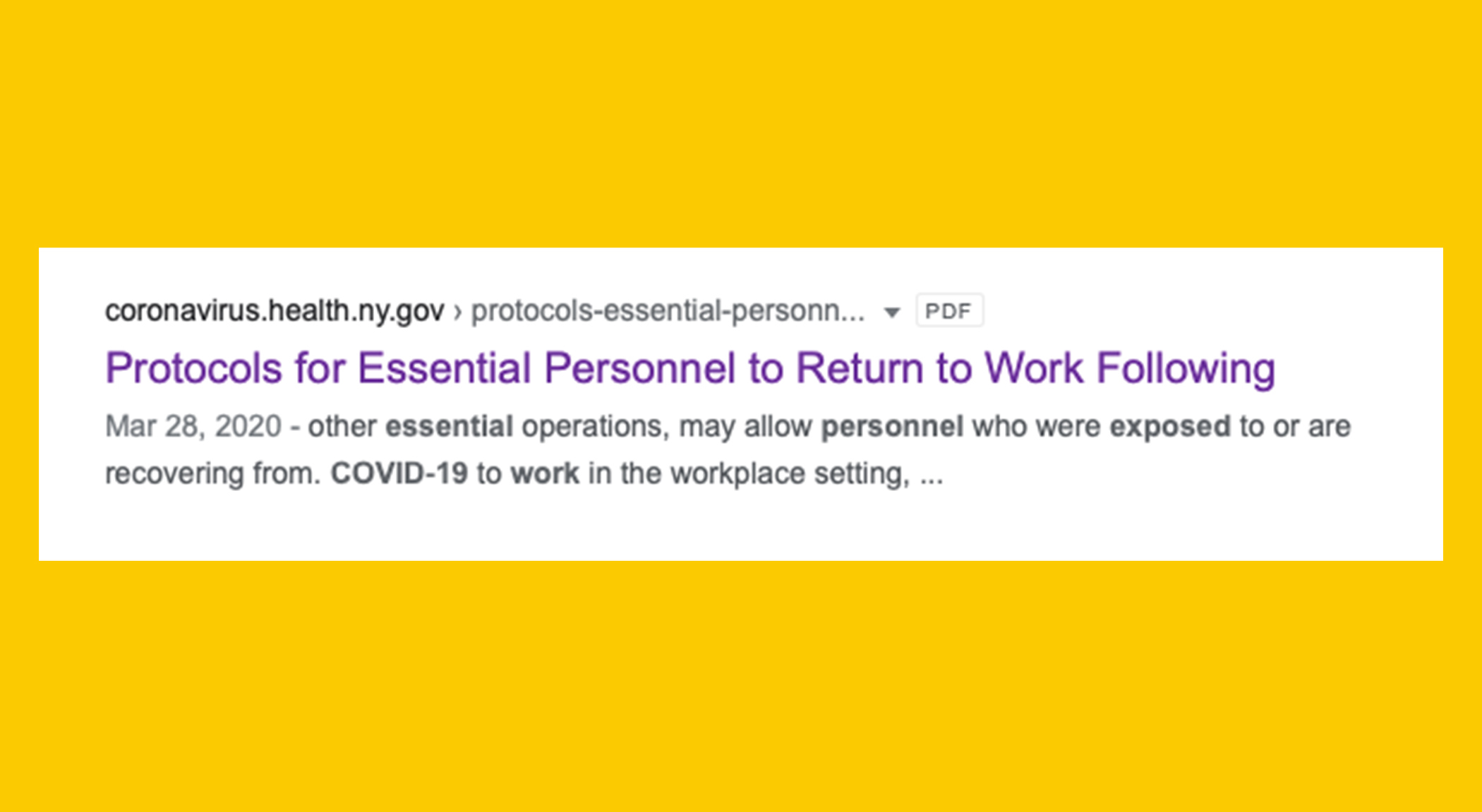 Almost 11 weeks have passed since FingerLakes1.com’s initial Freedom of Information Law request for key documentation connected to COVID-19 response and a pair of troubled nursing homes in Ontario County. To date,…